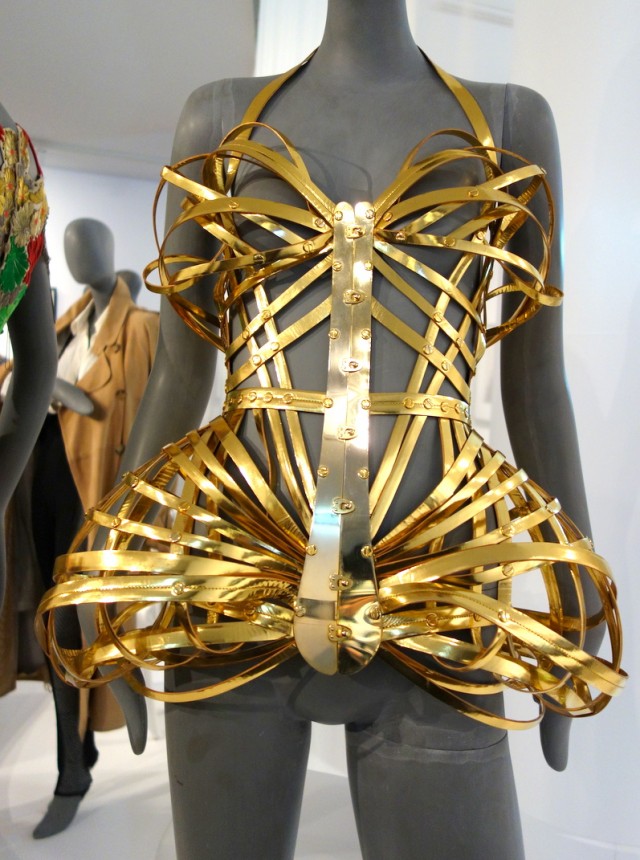 November 7, 2014 4 Comments on The Fabulous World of Jean Paul Gaultier

If we are BFF’s on Instagram you’d already seen a few sneaky peeks of the Jean Paul Gaultier exhibtion media launch I attended recently. If not, have a squiz here and here, I promise not to disappoint, and then add me as a friend :) To describe The Fashion World of Jean Paul Gaultier From the Sidewalk to the Catwalk as brilliant, beautiful or breathtaking is still an understatement. You really have to see it to believe it. The mannequins move and talk, the garments are out of this world, and the detail! You can just see the painstaking hours behind each hand-made garment! This is, afterall, haute couture, darling! 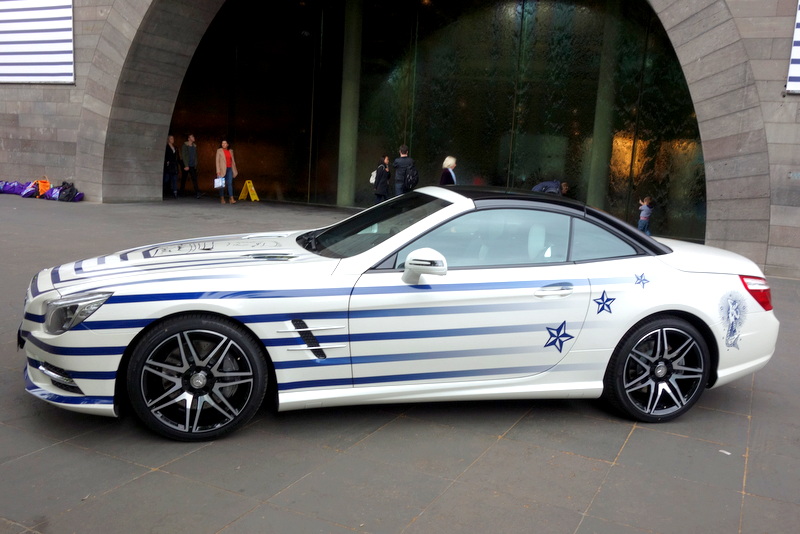 Not your average model: this Mercedes Benz convertible can count its lucky stars by having a custom Jean Paul Gaultier makeover! 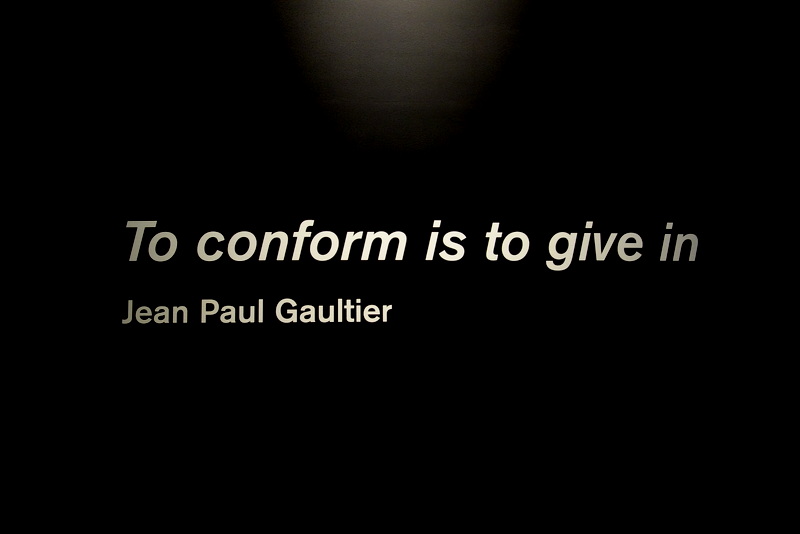 The reason why Gaultier is so different, daring and distinguished. 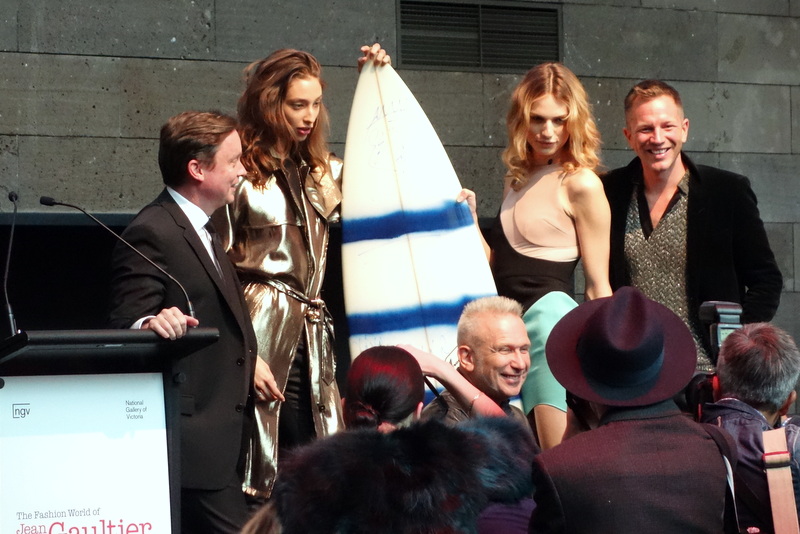 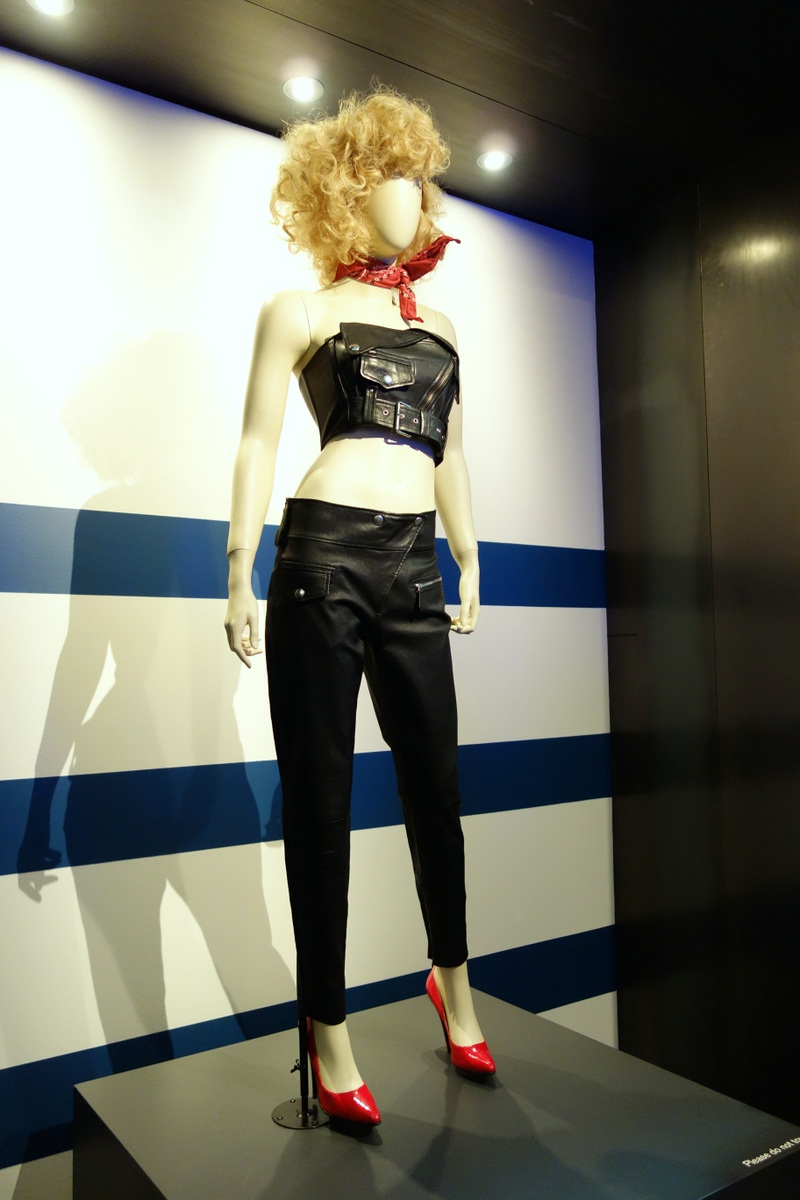 Still as covetable as it was in the 90s, this leather bustier and leather pants set still looks right on trend today. 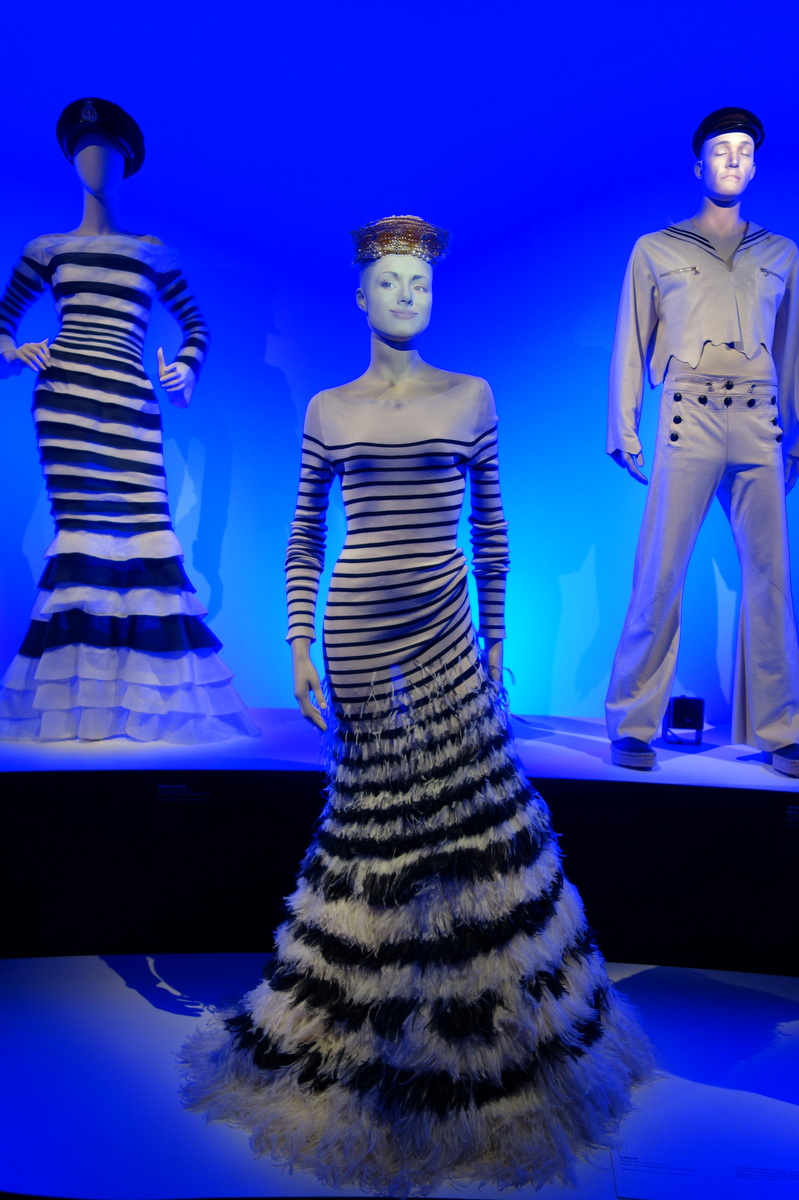 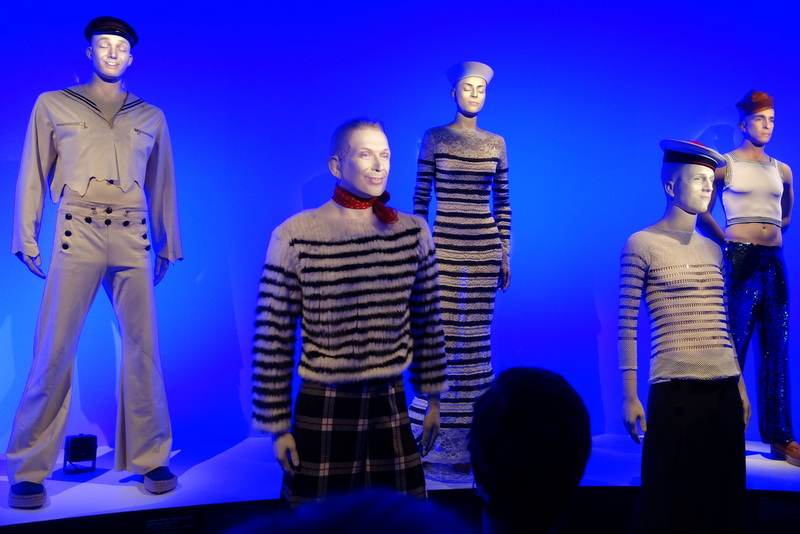 During his interview, the charismatic and energetic Jean Paul mused about his childhood. He’d always had an unconventional view on beauty. In elementary school he was already a fine sketcher, and used to sketch his class mates that had a visual impact on him. During his illustrious career, Jean Paul never cared if models were professional or not, famous or infamous, he simply saw their  beauty. He said that when he was young, before the age of feminism, there was an emphasis for beautiful women not to speak as it would ruin their appearance, but Jean Paul was inspired by beautiful women who were also strong and smart. He credits his fantastical and fabulous designs to these women, for they were the ones who inspired him to create garments befitting for them. 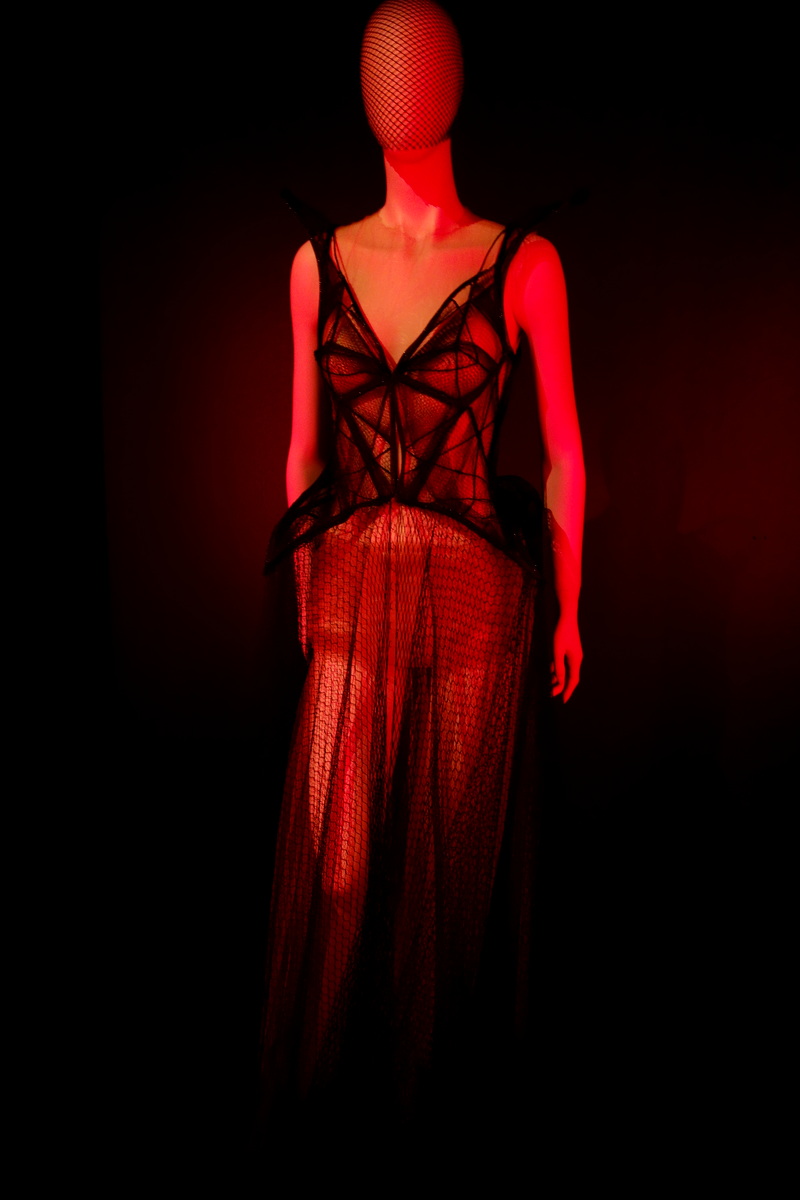 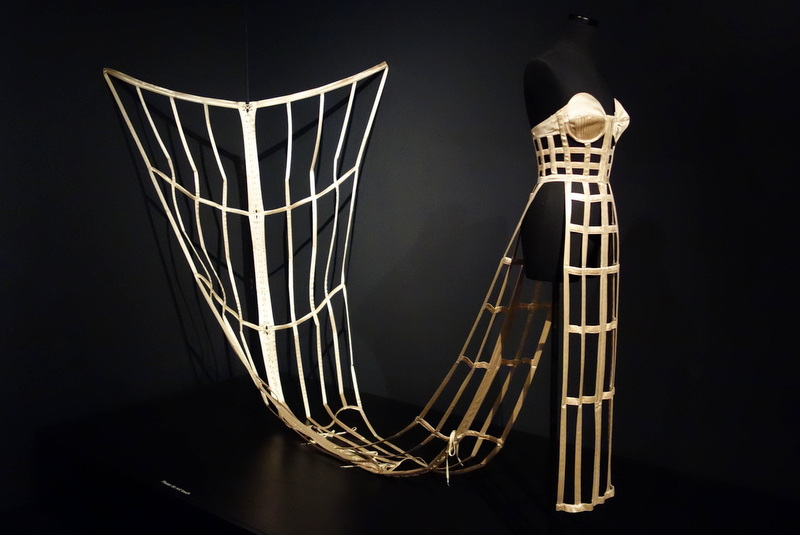 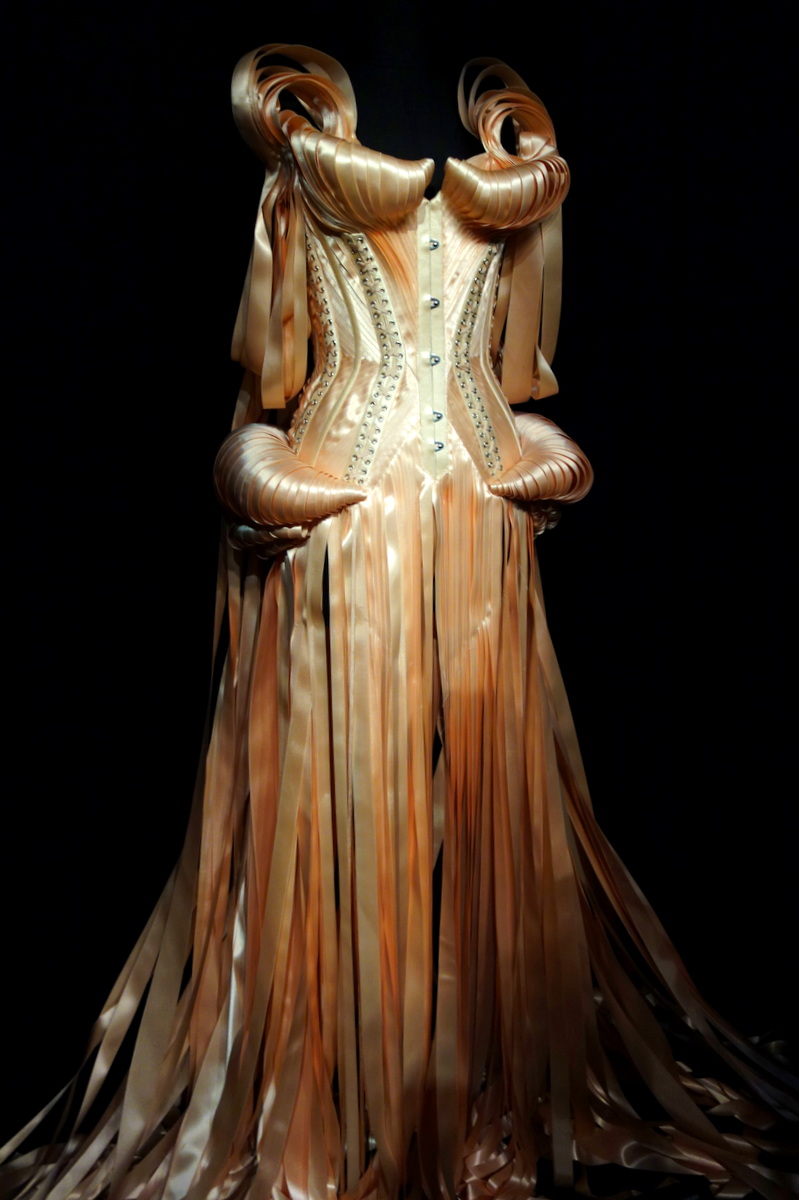 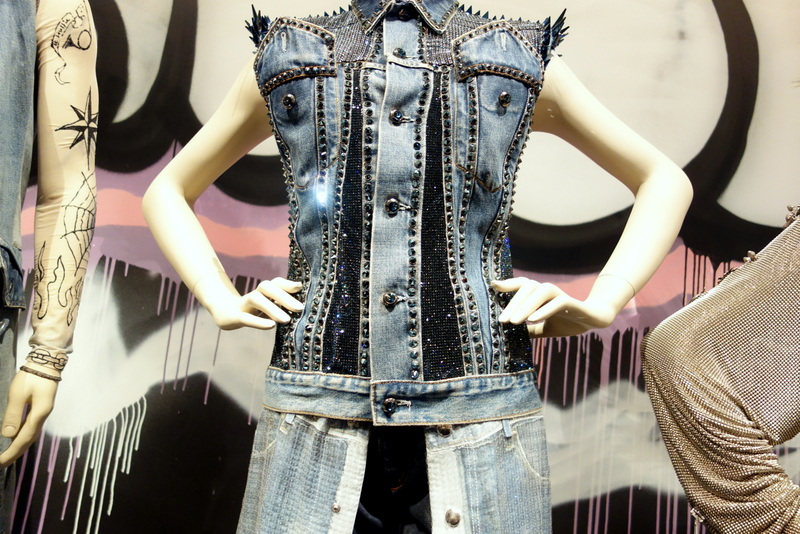 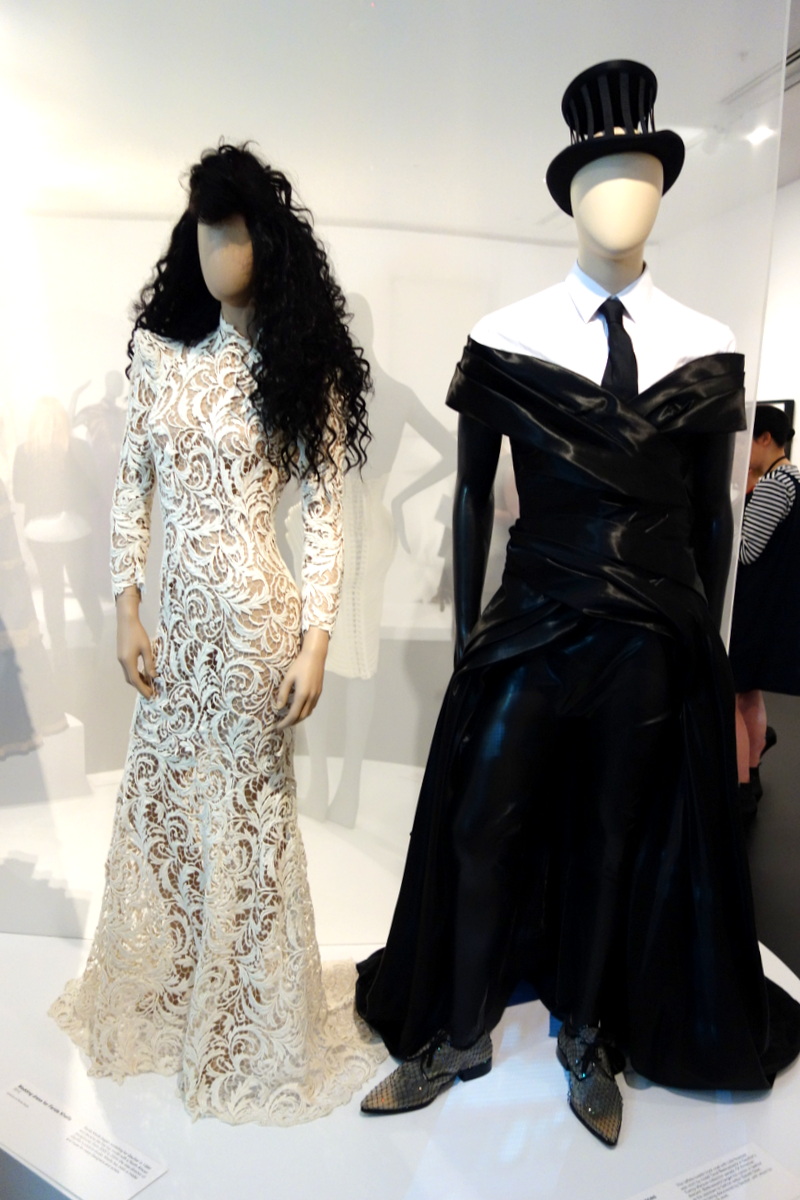 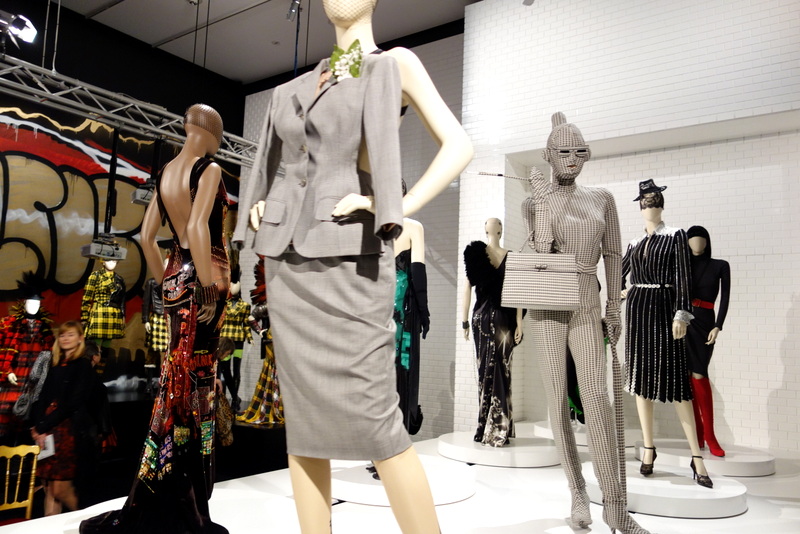 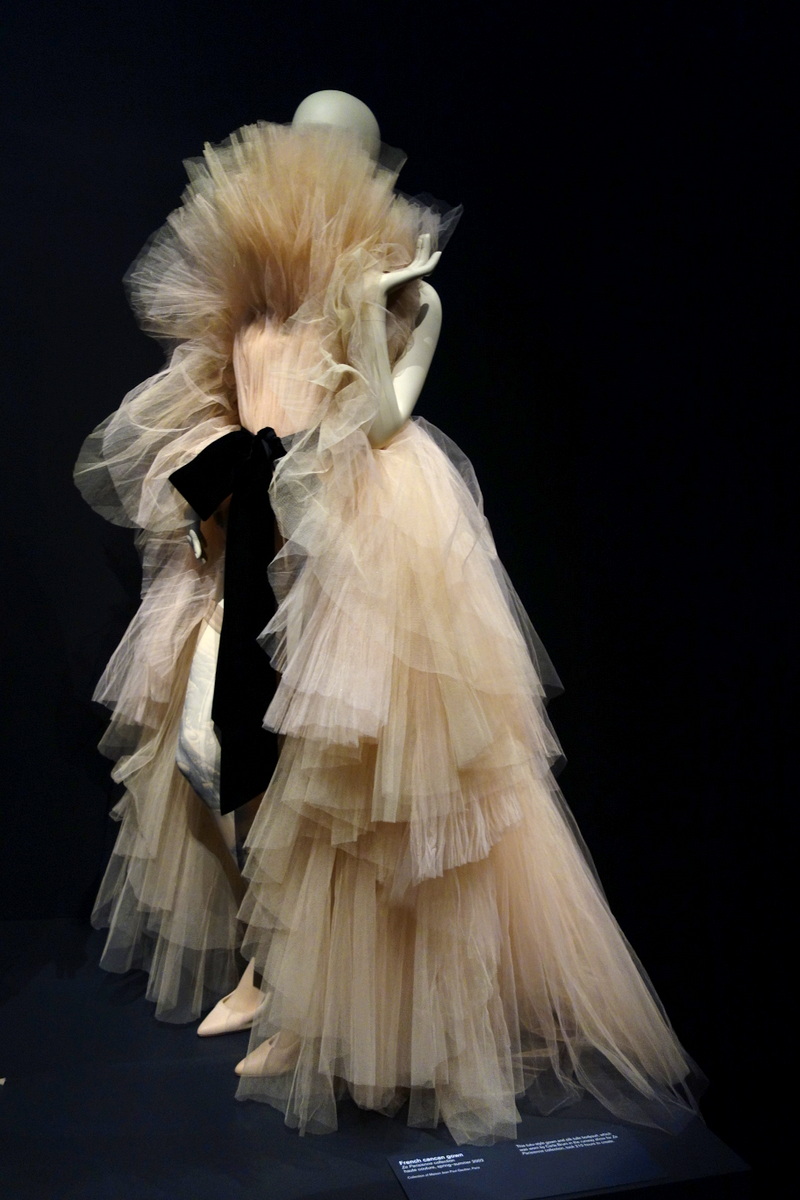 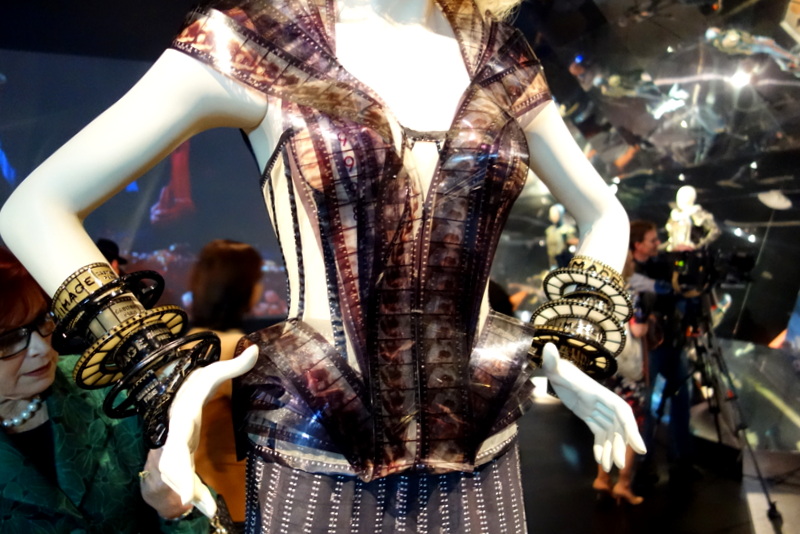 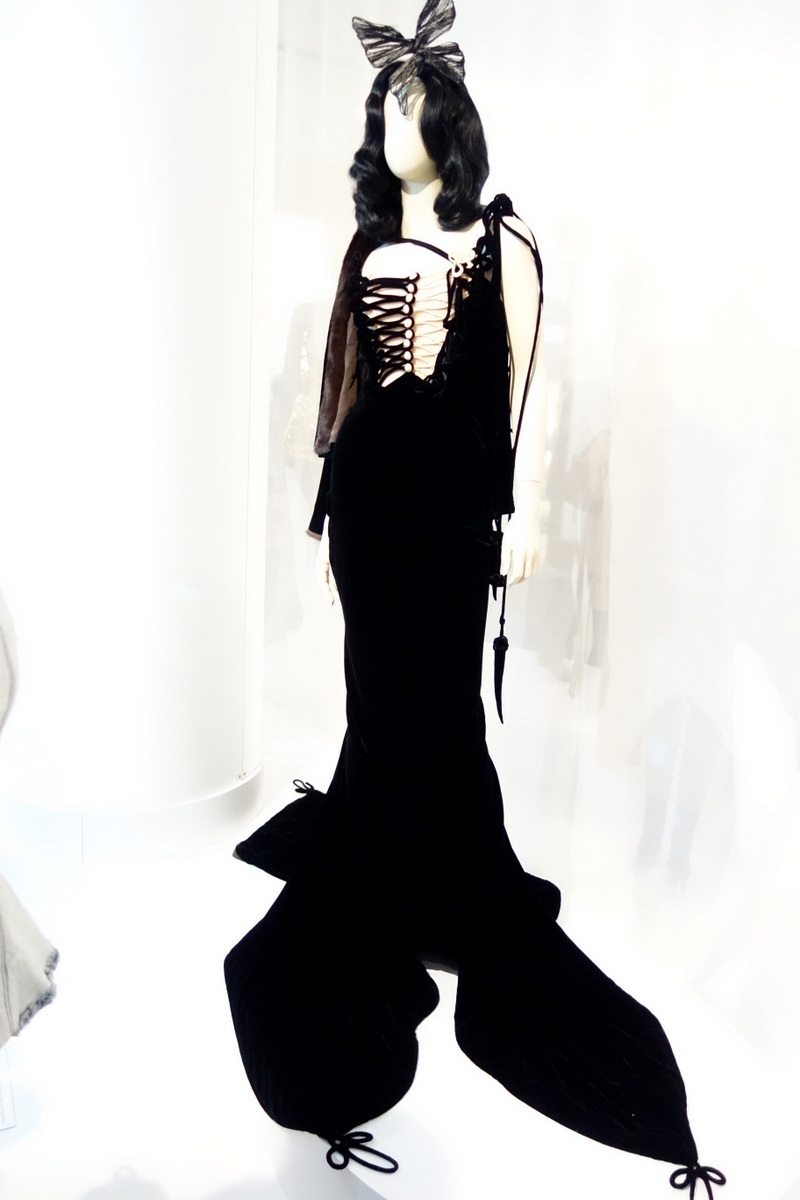 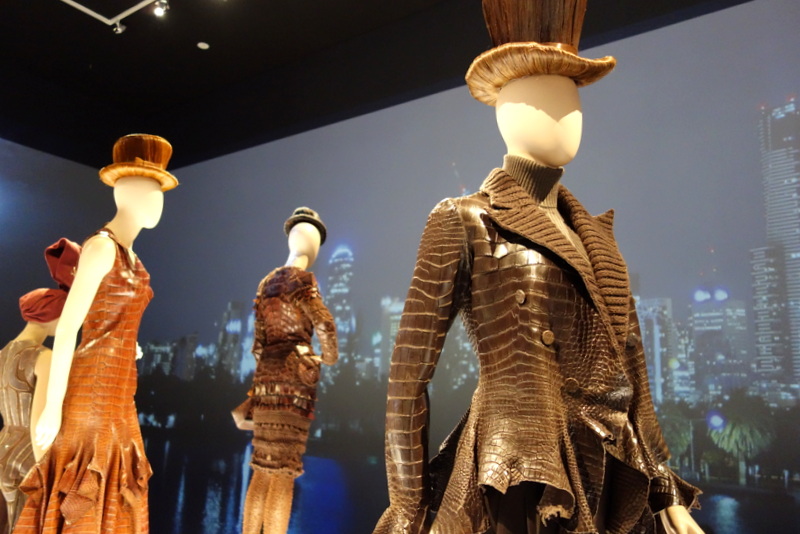 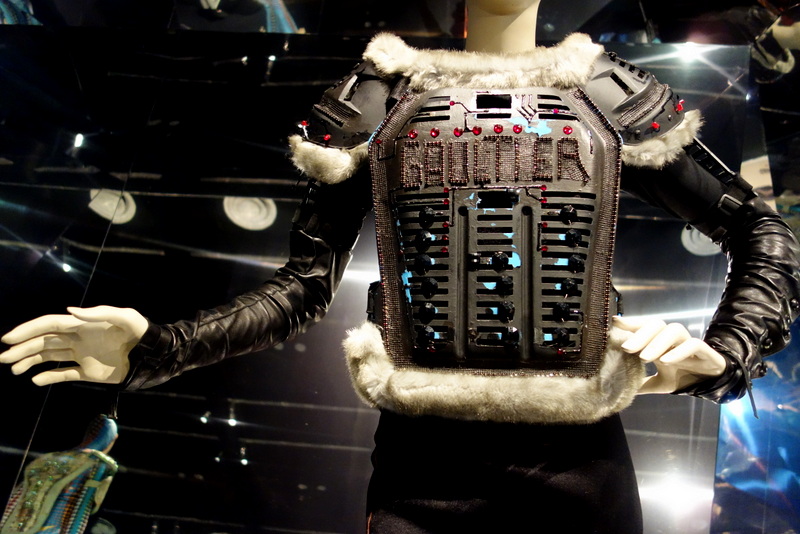 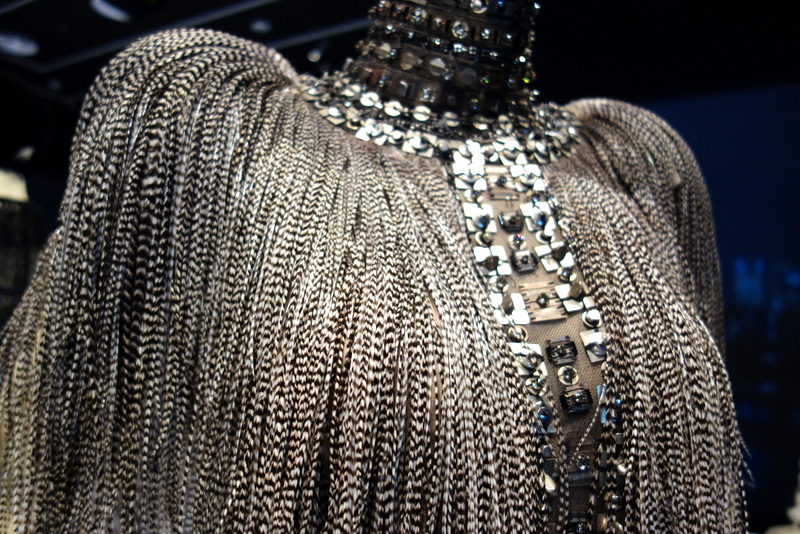 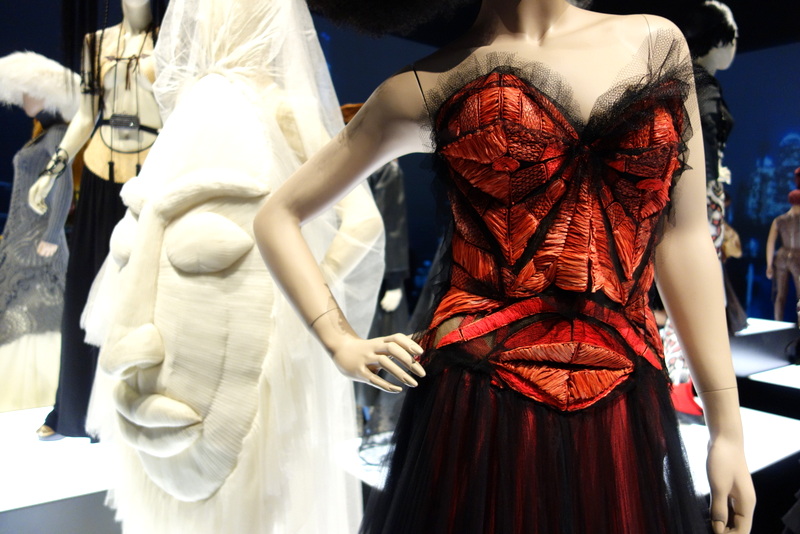 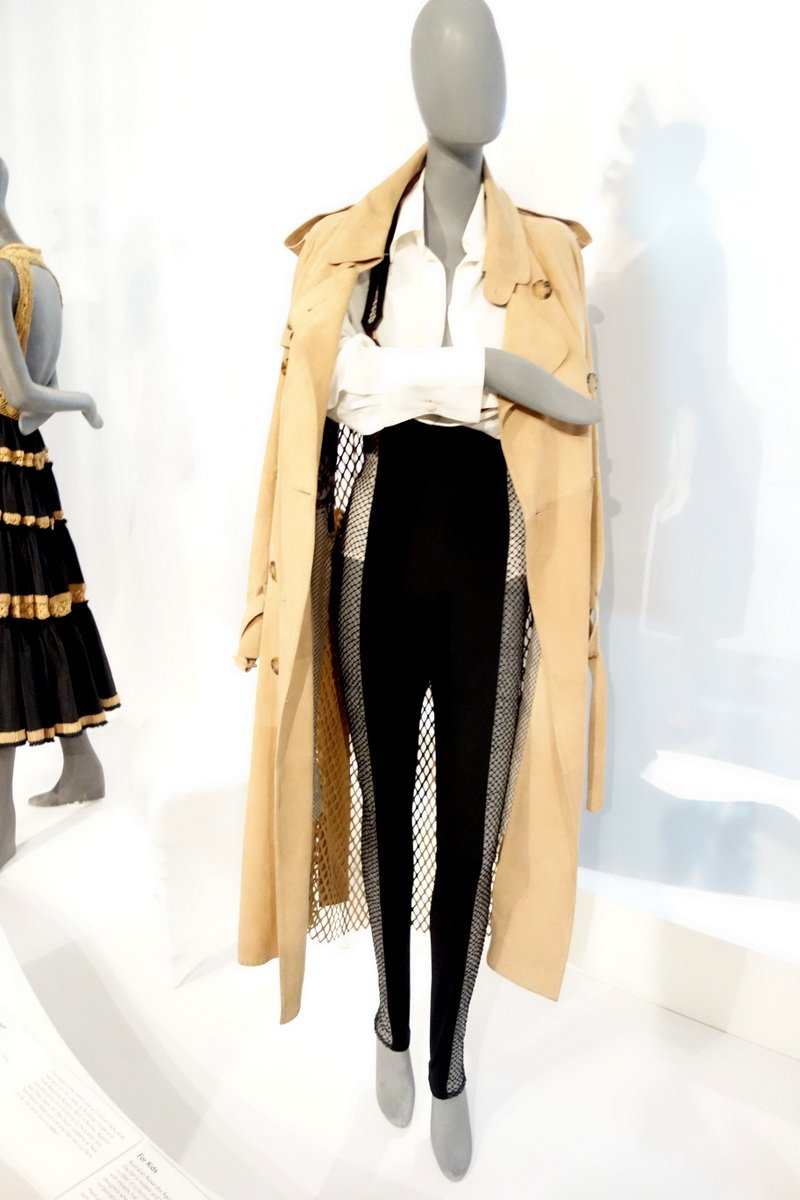 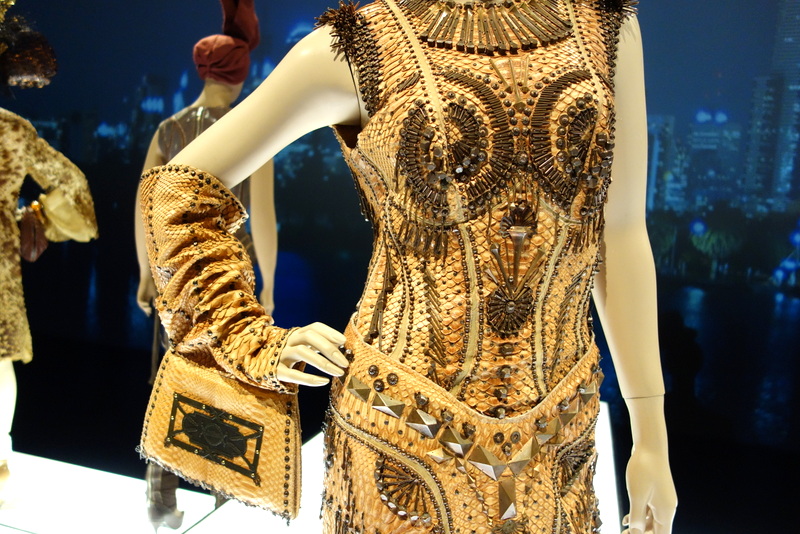 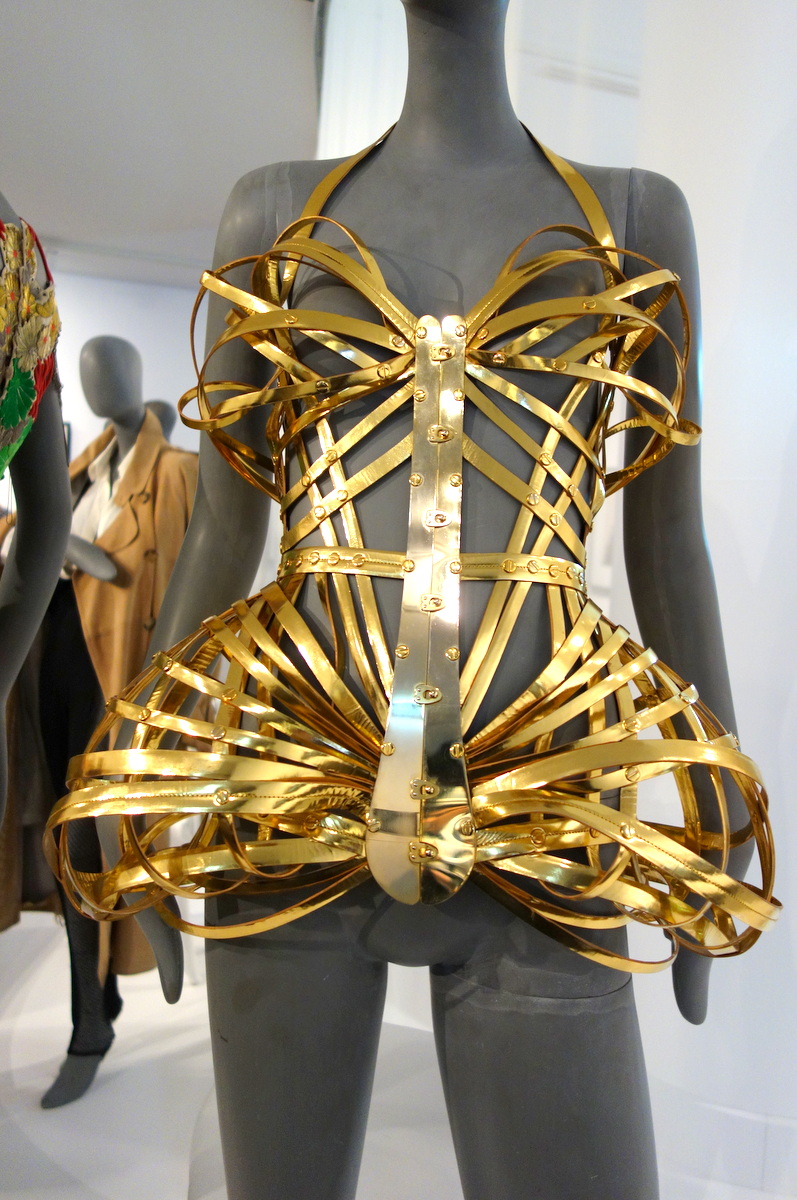 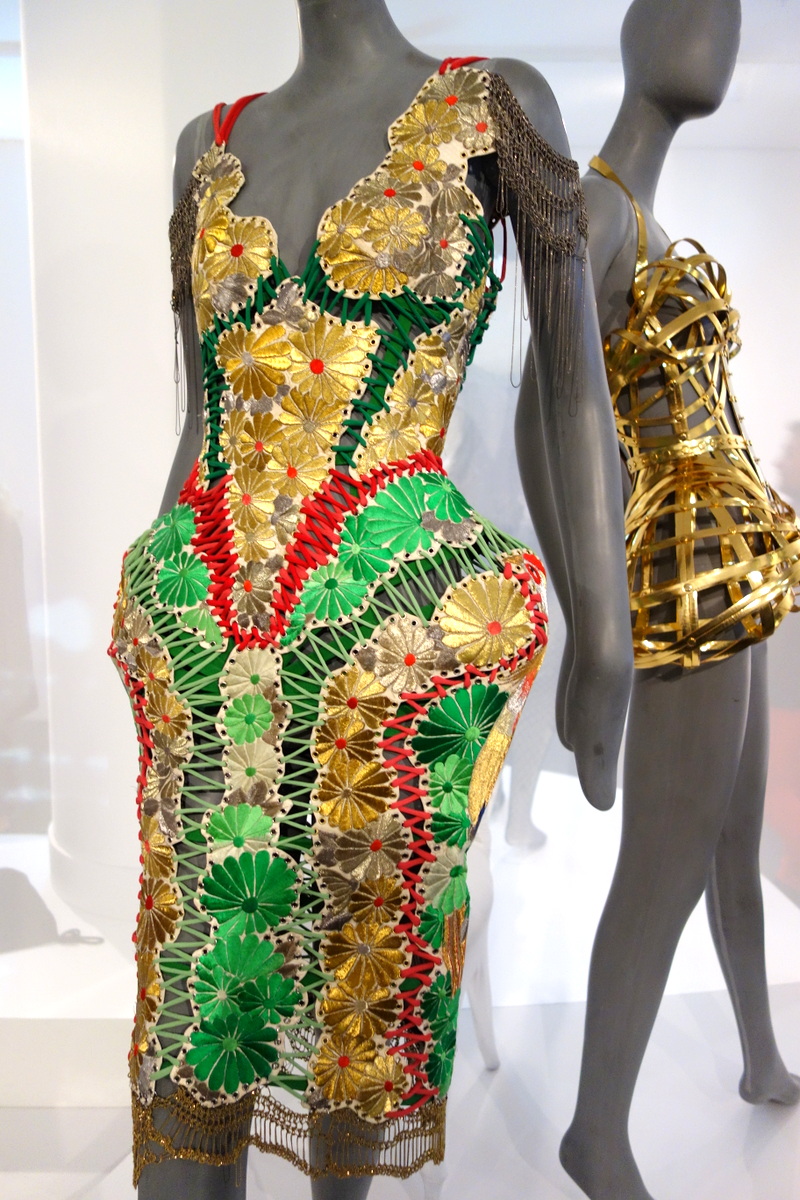 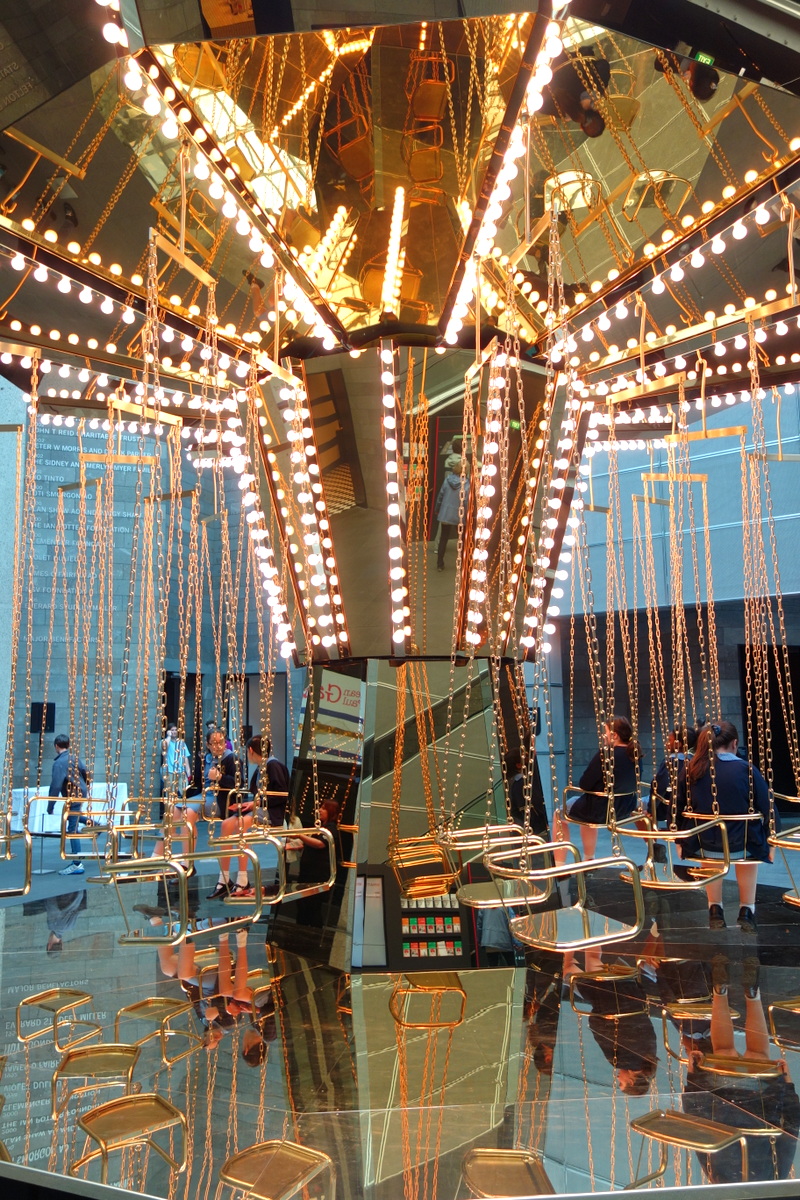 There are not many haute couture designers still around these days, Jean Paul Gaultier not only founded his maison, he is a revolutionary that continues to inspire. Aged 63, the dynamic French designer shows no sign of slowing down. Everyone knows that French women don’t get fat, maybe it’s now common knowledge that French men also don’t age?

If you’re considering a weekend activity, aside from Stakes Day tomorrow, do yourself a fabour and head to the National Gallery of Victoria to see The Fashion World of Jean Paul Gaultier From the Sidewalk to the Catwalk! 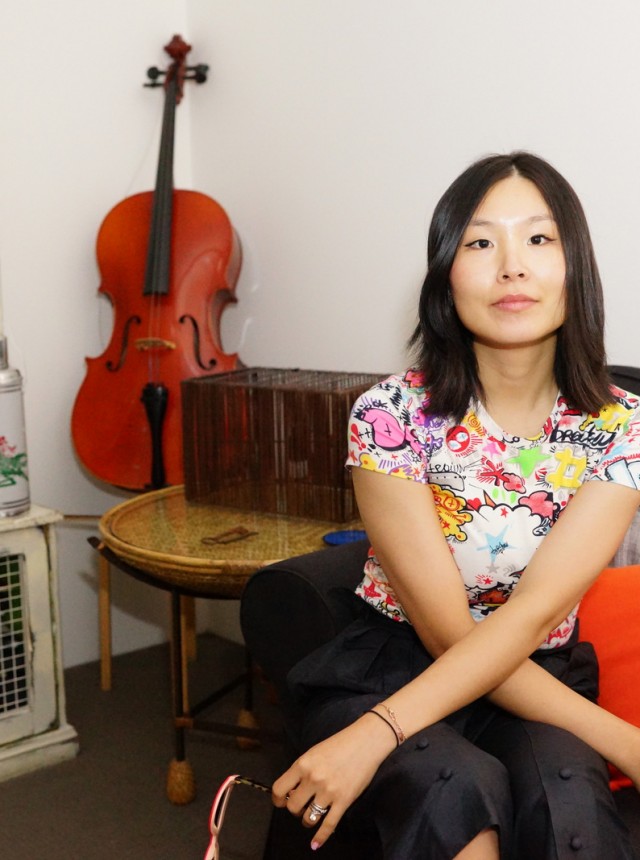 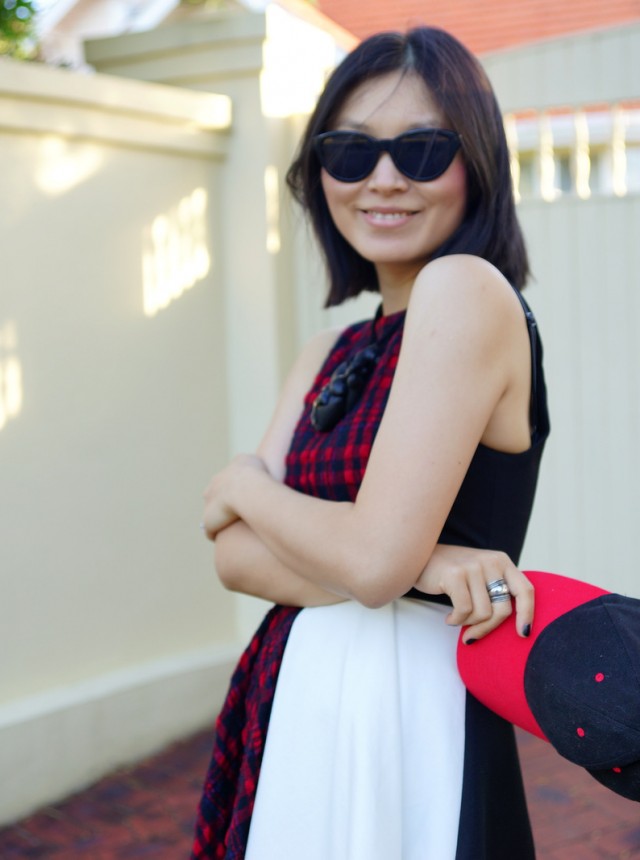 Clash of the Tartans 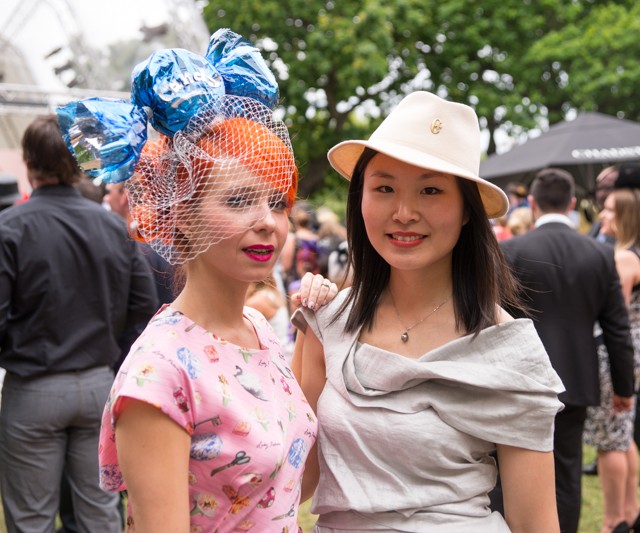